After attending my first hackathon we just about had a working prototype of the project RoadTripr, a website designed to generate the perfect length of Spotify playlist for a road trip. After the event I decided to sort out the issues we had by converting it to Flask. This is my story! dramatic music

Back in April of this year (2017) a couple friends, Cam and May, and I went down to Goldsmiths University for AnvilHack III. This is their annual hackathon run in conjunction with MLH. AnvilHack appears to have a reputation for not only producing some very good end products, but also being one of the most inclusive hackathons in the field.

If you’ve never been to a hackathon then I highly suggest going to one near you or maybe even AnvilHack IV next February.

Needless promotion aside I had a great if somewhat tired and stressful time. The three of us had teamed up with someone we met there called Simon. So we had a team all we needed was a concept.

At these events you often get sponsors, this one was no different. The biggest sponsor was Spotify, a couple API developers had come down from their HQ in Sweden for the 2 day event. We decided that with the help of the developers and the rest of the incredibly talented developers helping run the event that we would take on the challenge of using the Spotify API. We soon came up with the concept; a website to make a playlist of the right length for your road trip. Along with the idea came a suitably indie start-up style name, RoadTripr. (shame we couldn’t get the .io domain.)

Out strategy was two fold, Assign roles and responsibilities based on main skill sets and do them. Seems simple enough. One person did back end node.js development, another back-end maps and API development and the other front end. That left me (due to my broader skill set) with overseeing each section and compiling the final project together.

The countless errors my teammates encountered along the way where swiftly solved by myself and the rest of the team. That was until, the dreaded Spotify API. May and I had somewhat feared this bit, we had tried to use the API before, individually, to no avail. This is where Hugh from Spotify comes in. He’s an API developer and also happens to be lovely. We popped over to him with a laptop and plopped it down in front. Anyway with a few trips back and forth and a few discussions about using an API wrapper (which we gave up with in the end) we got something working. After some tweaking and collaboration with a couple of the far far better Node developers at the event we had a VERY rough bit of code.

Then it was a matter of slotting it into out front end and joining it to the maps section. This was the most stressful part, it was right at the end we got it compiled and uploaded to the devpost site with 5 minuets to spare.

It was time to present. We didn’t have all the functionality working, hell to be honest I don’t think it even worked when we where presenting. But I’ll be damed if I’m made to look a fool in front of a church full of people… again. Naturally we pretend it worked, luckily we hadn’t deleted a test playlist from an earlier dry run, otherwise this wouldn’t have worked.

Everyone clapped. Our allotted 3 minuets ran out. It had been an intense 48 hours, but walking off the side of that stage having done it, having presented, having not slept in 2 days, it felt good it was all over and we hadn’t fallen flat on our faces. Makes a nice change, to succeed.

Anvil Hack was over, I was shattered, we all were, but it was worth it. If you’ve never been to a hackathon do it. You don’t even need a friend to go with. There’s plenty of people willing to join with you as we did. It is so much fun, and I learned a hell of a lot. 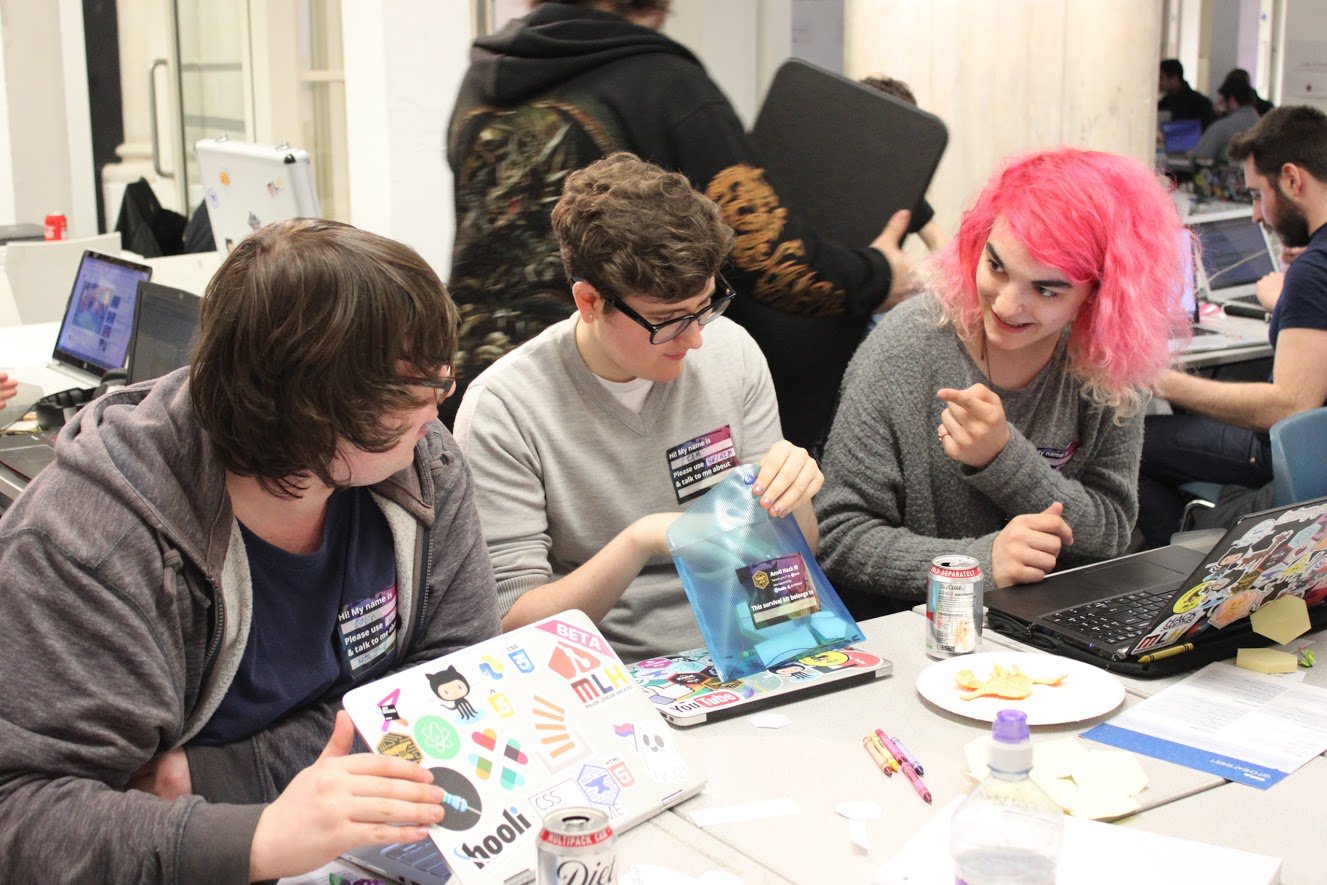 One thought on “RoadTripr: My first hackathon – AnvilHack III (Part 1)”